You are the Captain of a small merchant ship on the high seas! Buy goods from port and sell them to passing friendly merchants at sea to make your booty. But watch out! the open waters are not so kind. Stay alive and make your fortune!

-Crew are now able to rank up, doing so will increase their working speed. Working grants xp towards ranking up

-The fisherman can now charge up his cast, it will cast further and fall deeper the higher the charge

-The fisherman is now able to rank up, catching fish grants xp towards ranking up, each rank increases fish sale value by 25

-Rank icons added to crewmembers and the fisherman

-Decreased the padding around text on text boxes, making the box smaller.

-The fish are still bugged when becoming unhooked from the fish hook, causing them to sometimes swim backwards.

This project is still in development. - future updates include, but are not limited to; A world map to explore, expanded economy(different types of goods, items), new ships, crew and, random events such as pirate or sea monster attacks.

Please consider supporting this project with a donation of any amount.  :) It would be greatly appreciated! 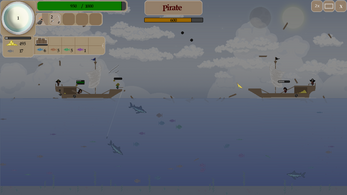 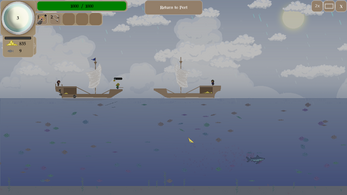 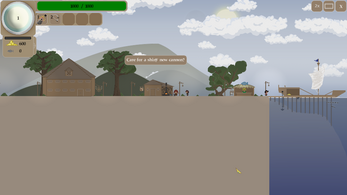 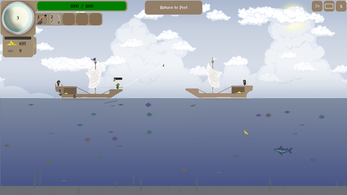